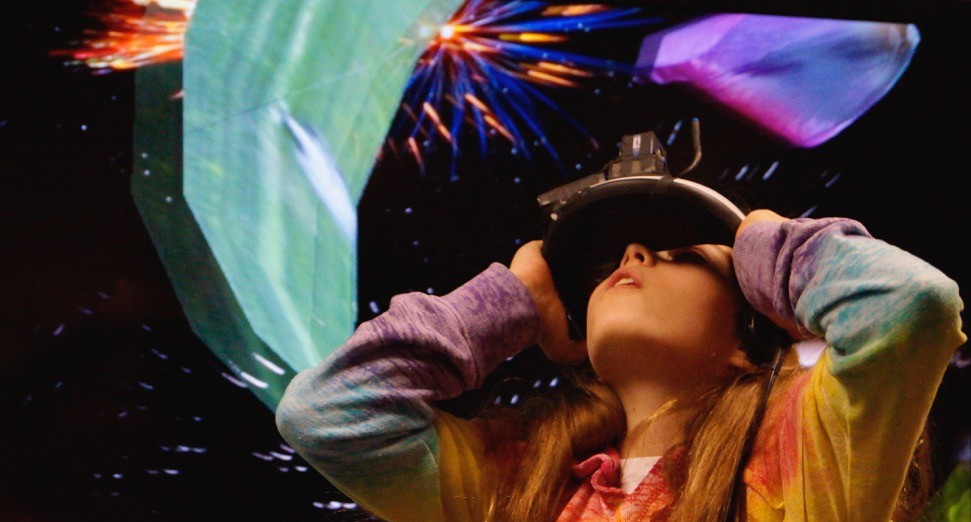 Lisa Frank first began working on Wonder three years ago when she, as a Master of Fine Arts candidate, was granted a semester to create an exhibit at the CAVE in the Wisconsin Institutes for Discovery building. A literal ten-foot cube of canvas space, Lisa teamed with a computer science grad student to create a fully immersive experience. Initially Lisa admits that, “we had no idea what we were doing.” The work that emerged was a fifteen-minute suite of nature scenes based on her work as a photographer.

Thereafter, when the Oculus Rift initiated its kick-starter campaign, and proved itself to be the first viable virtual reality platform, Lisa’s interest was piqued. She saw an opportunity for Wonder to live on as a downloadable, immersive, environment.

Having approached WARF about intellectual property and commercialization, they recommended she apply for a D2P grant. Lisa came to D2P motivated to “create non-game-like subject matter to be used in VR – the people at D2P were intrigued by that idea, that maybe I was onto something.” After several rounds of interviews, Lisa joined D2P’s June 2015 cohort.

I’m kind of a perfectionist and have to let go of that. I may take too long to develop something perfect and miss a window of opportunity. It might be more important to get something out there that’s good enough and iterate and improve.    -Lisa Frank

Lisa describes herself as, “pretty comfortable being in situations where I don’t know what I’m doing. I’m still figuring it out, but everyone is figuring virtual reality out, so I’m not alone… it’s complicated.” She went into D2P thinking, “My hope was that I’d be able to turn what I’d done with the CAVE into something that had some commercial value… but I didn’t have a clear idea of what it would look like.”

Lisa primarily spent her time at D2P interfacing with director John Biondi and Mentor-in-Residence David Ertl, and was able to “interview customers… from whom I realized I had to work quite a bit on what it was I was trying to make and who it was for.” Initially envisioning Wonder’s environments aiding just those suffering from PTSD, in time she began to see a broader application.

Since she began working with D2P on the finer details of Wonder, her project has seen major progress and is approaching some important milestones. In early December, a Madison group will be hosting a virtual reality (VR) meet-up where she’ll demo the environments and receive feedback from those who have head-mount displays. Later, in Quarter 1 of 2016, the Oculus Rift will launch commercially and Wonder’s window will officially be open.

Lisa acknowledges that, “I’m kind of a perfectionist and have to let go of that. I may take too long to develop something perfect and miss a window of opportunity. It might be more important to get something out there that’s good enough and iterate and improve.” The time for Wonder’s VR environments to flourish is fast approaching. Thankfully, “D2P has given me the opportunity to develop this in ways I wouldn’t have been able to on my own.”