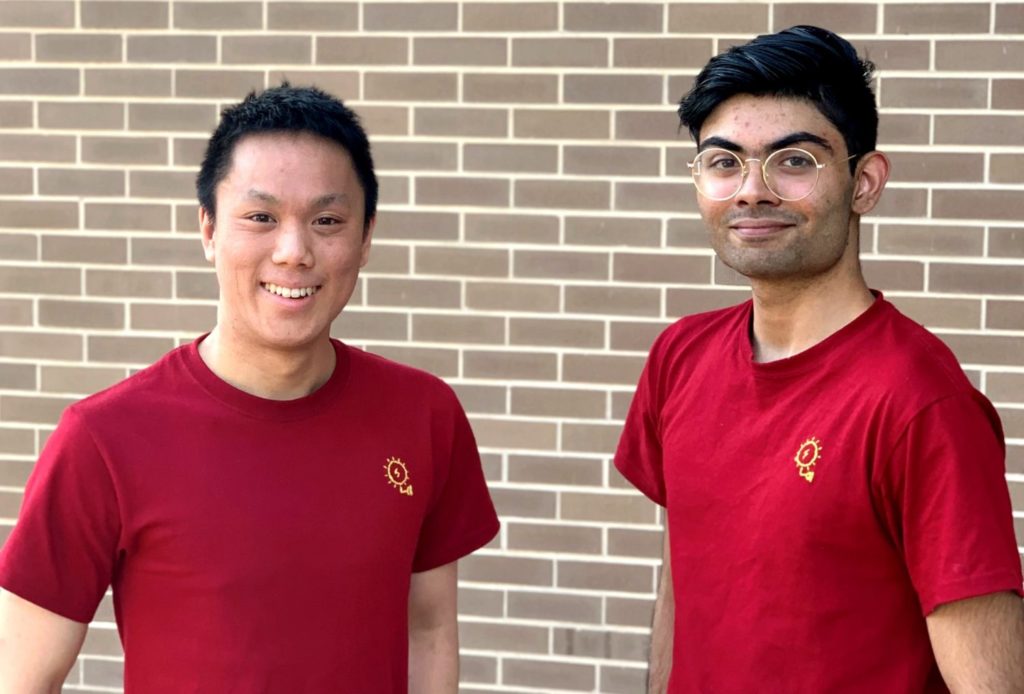 Boosted Chews has ceased its operations, but both founders have found new innovations to tackle:

Aditya Singh Parihar is working as a Research Engineer at Pyran, Inc. Pyran and its founders are also D2P innovators (Igniter 2017). They are headquartered in Madison at University Research Park.

Kit Chow and Aditya Singh Parihar lived right across the hall from one another their freshman year, but they only met recently. They are both involved with Transcend UW, a student organization focused on helping students launch their own ventures. And together, they’ve done just that, launching Boosted Chews in early 2020 to market their bite-sized caffeinated chocolate to the world. Both are rising seniors that will graduate this May, Kit with an undergraduate degree in biosystems engineering and Adi in chemical engineering. 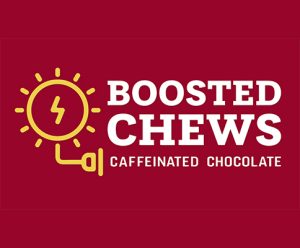 Kit and Adi have worked closely with D2P mentor Cecily Brose, who has helped them with expanding their marketing and sales strategy and getting them connected to key players in the Madison startup ecosystem.  “From the minute I started mentoring Kit and Adi, I was inspired by their innovative thinking and determination to seeing Boosted Chews succeed in the marketplace,” says Brose. “It has been amazing to see what they have accomplished in such a short time and in the midst of the COVID pandemic.  These two entrepreneurs are ones to watch!”

We asked Kit and Adi to share their insights on launching a company from a dorm room and share insights for others who may want to follow in their footsteps.

What’s something people don’t know about chocolate chews?
Kit: You can develop a chew with a lot of different formulations, and the texture can be pretty finicky! There were a ton of early different forms of Boosted Chews that are nothing like what we have right now. The original chew was like a Tootsie Roll. We also had one that we really liked that had a caramel layer in the middle of two chocolate layers. It was really cool, but too hard to achieve with our manufacturing process. We also had a frosting version and a hard-cracked candy version. No two batches that we’ve done have been exactly alike, and they improved every time.

Adi: Just developing all of those was great, because when we made those batches, we would take them in a small plastic bag to classrooms to hand them out. Then we would ask people to do a short survey so we could get input.

Where can people find Boosted Chews now?
Kit: Currently through our website, primarily. We are also in a couple of other online distributors, and in Madison, we’re in the Sencha tea bar, Roll Play, Flamingo Run, the UW Bookstore, and the Fresh Cool Drinks smoothie cart.

What has it been like to launch a company during such a challenging time?
Adi: It’s funny, because the day that we got the LLC was the day that the U.S. told us that we were officially in a recession. And the day we started selling the chews was the lowest day for search hits on the word “caffeine” on Google trends in the last five years. It’s been interesting. On the one hand, with school going online it was easier to work on the company. But quarantine really affected our initial strategy of wanting to do in-person sales. Because it’s a food product, we also planned to be able to give out samples for people to try, and obviously all that got scrapped. And it’s been harder to get into stores with COVID losses and the protests affecting businesses. But coming back from pandemic, I think that e-commerce businesses are going to do well.

How has D2P helped you, and what have you learned along the way?
Kit: We started talking to Cecily earlier this year, and I believe that was right around the time we were either in the middle or had just finished gALPHA. With her background in Kraft Foods and consumer packaged goods (CPG), she brought great industry expertise and helped us gain perspective on the other players in the market. She was really the first CPG/food mentor that we had that we were talking to on a regular basis. She helped a lot with connections as well as just better understanding our positioning in the marketplace.

Adi: Cecily came in right around the time we were just about to sell, and we were finalizing what our packaging was going to look like. Because she had been in the food business for a long time, she had great input on our packaging and gave advice on what works and what doesn’t.

What other entrepreneurial resources/programs have provided guidance to you?
Kit: We have been using Law and Entrepreneurship Clinic, which has provided helpful guidance through the summer. We’ve been talking to Tera Johnson from the Food Finance Institute as well, and that has connected us into the larger Madison food world. Also, we benefited from the Transcend UW project reviews, which pair you with different mentors from around Madison to get guidance.

Adi: When we were still able to operate in person, we were also going down to chocolate shops in Madison and talking to those people about their experiences making different kinds of chocolate products.

What are your hopes for Boosted Chews moving forward?
Adi: We intend to apply to the gBETA program this fall to get more mentorship and then hopefully look at getting investments before the end of the year. We also want to take time to grow it out, at least in Madison and hopefully to the rest of Wisconsin. A large-scale goal for the company later down the line is to move away from just the caffeine and look to it as a more functional food brand, where we can have other supplements in the chocolate apart from just the caffeine and offer a multi-touch product line.

Kit: I’d like to see us expand Boosted Chews even beyond Wisconsin, and also expand into making other functional confectioneries or nutraceuticals incorporating ingredients like CBD or vitamins, and possibly explore the vegan space as well.

How do you balance the time you need to spend on Boosted Chews with other responsibilities?
Kit: Boosted Chews doesn’t feel so much like work necessarily. It is work a lot of the time, but it’s also just kind of fun. Boosted Chews is what I do in my free time. I also try to keep a schedule. I’ve become very particular about my Google Calendar and knowing when I have time to do things.

Adi: Being super passionate about it makes it much easier. We’re also lucky enough to have super supportive people around us who really get it.

Kit: I think student entrepreneur is probably the best term.

What drives you/why is this project important to you personally?
Kit: For me, a good part of it is the ownership, and being able to look back and say, “we built this.” But it’s also the constant opportunity to be learning new things. I’ve always been interested hopping onto something that I don’t know how to do, and then figuring out how to do it. And with entrepreneurship, you get to wear many hats.

Adi: Pretty similar—just being able to learn things that I would never get to learn through my engineering curriculum, like how to do marketing or learning about the different sales tax laws across the country and where we can ship. Also, just the actual development of the product and talking with customers. Something cool has been that since we’ve been selling, we’ve had people tell us how great the product is. Seeing comments like those makes us want to do this better and bigger.

What advice would you give to other campus innovators that are just starting out with exploring the potential for their ideas?
Kit: Use the resources that are available to you! There’s so much opportunity that you can take advantage of if you just look for it and ask. People are so willing to help students too. Definitely don’t be afraid to reach out. Talk to as many people as you can. Just try things out. It’s usually pretty surprising what you end up being able to do.

Adi: Anybody’s willing to help you, and not just on this campus. I’ve sent messages on LinkedIn to people that you wouldn’t think would respond to me, and they have—and they’ve hopped on a call with us to give us advice. It’s surprisingly easy if you just do it and it’s not that scary. You don’t have to come up with the perfect idea, you can just come up with an idea and let the market decide where it’s going to be in a couple of months. Don’t be scared to execute.